Halloween Image – How did she do that?

I’ve had a few people ask how I made this my kids for Halloween pic this year. Below is the basic run down. I took individual pics of my kids on a white background with two lights on them. One light was to their right and another was just behind them to the left.

It took about an hour to dress and photograph the first three individually so by the time I got to Sam, I was feeling lazy so we didn’t put any shoes on him. Those had to be added in post. Luckily, I did have the foresight to have him hold a piece of a toy so it could later be turned into a hammer. Next came the bit everything was put together. The first step was to create the background which was combined using three separate images. 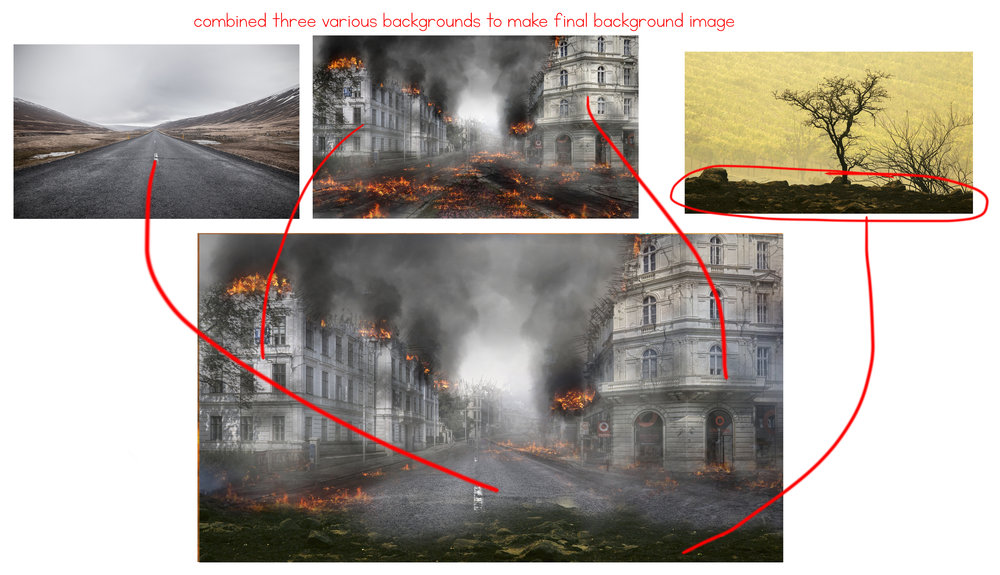 After the background was made, I added in the people and made some tweaks to Sam’s costume (added in the cape, shoes, hammer and a bit of lightning). 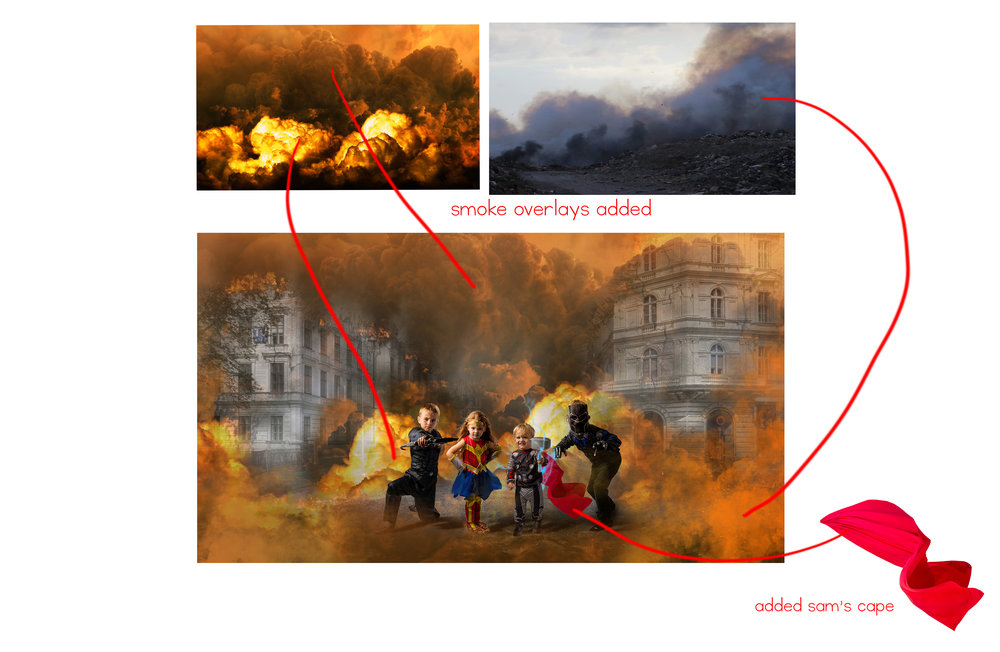 The last bit was to add in some lightning and bits of exploding stuff. 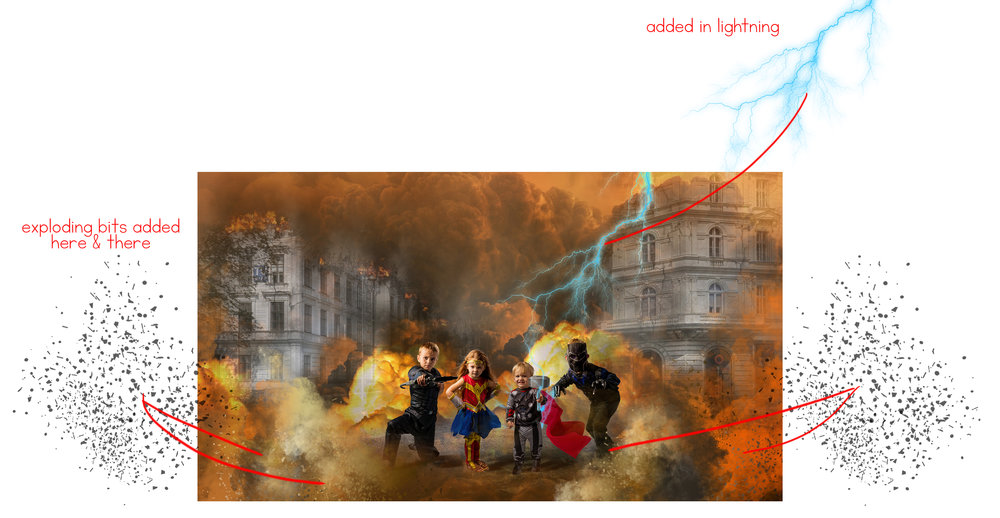 Final image is below. 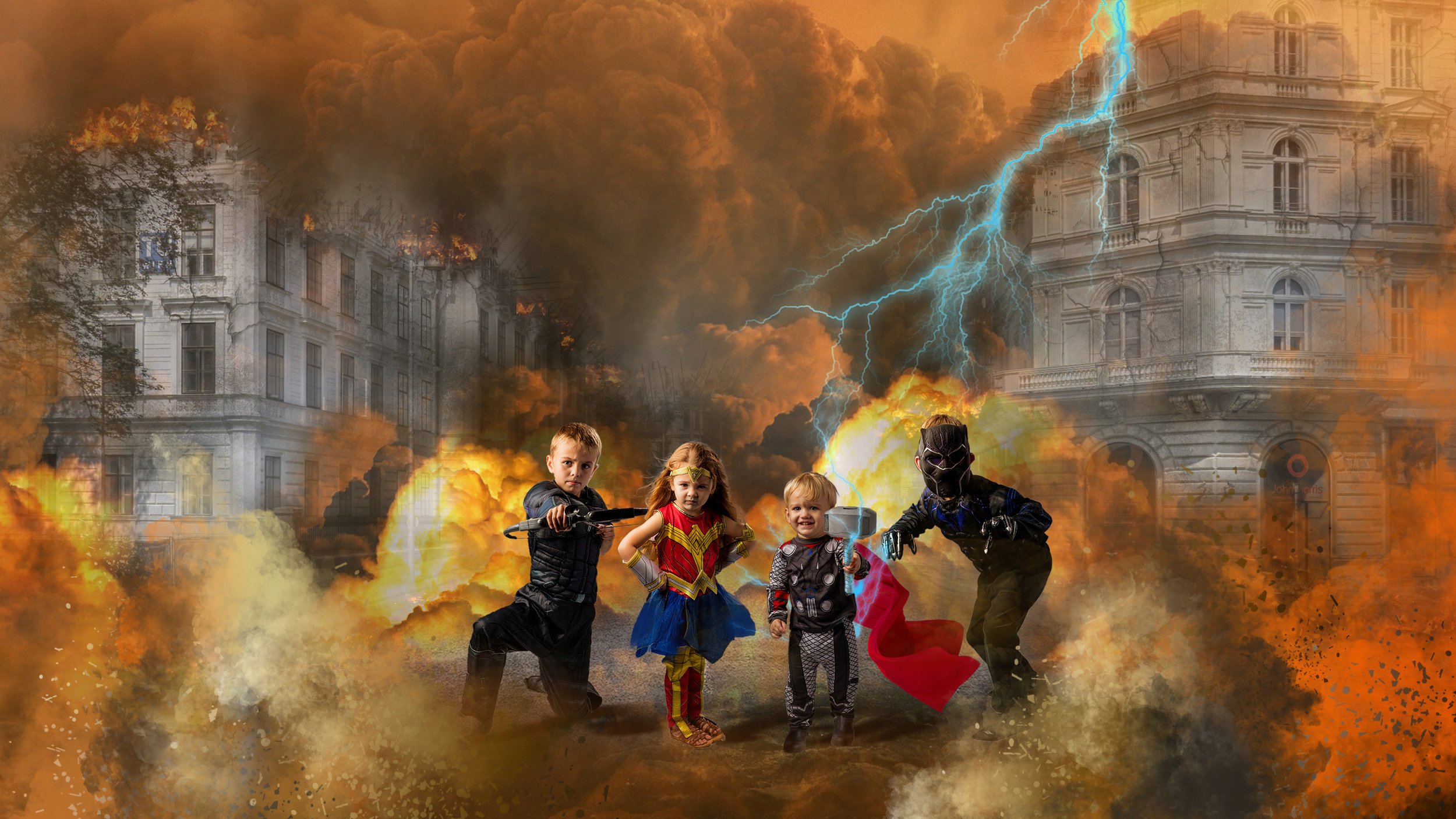